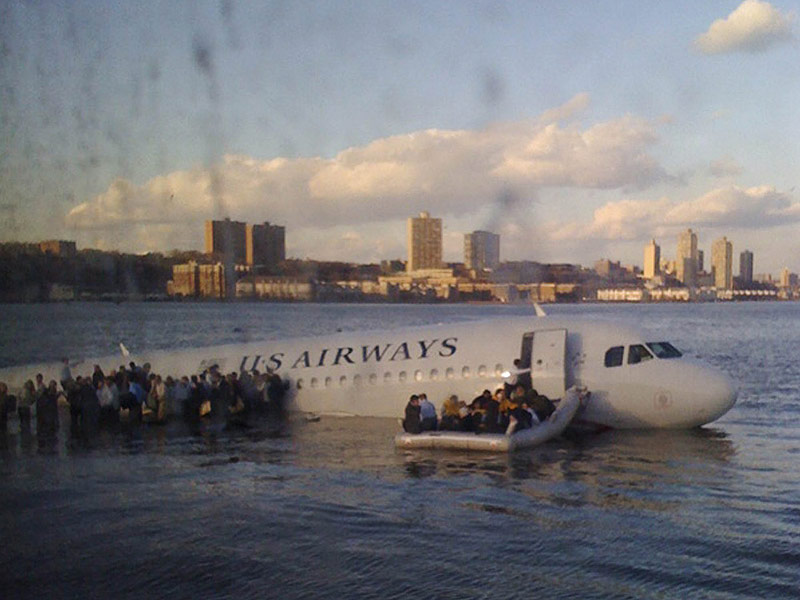 On Jan. 15, 2009, Capt. Chesley “Sully” Sullenberger made the high-pressure split second decision to land US Airways Flight #1549 on the Hudson River after multiple bird strikes and double engine failure. What a scary moment for all 155 passengers and crew aboard.

The media and market volatility seem to be dictating a similar demand on investors; “Heads Down! Brace for Impact! Heads Down! Brace for Impact!” Most prudent investors and advisors are quite concerned, and, actually, I am hearing of many that are fearful of what markets have in store for the remainder of the year. While, of course, this weeks “bracing” is in anticipation of the 9/21/16 FOMC meeting—we can’t deny that many are bracing for the 11/8/2016 Presidential Election.

Many sources have created fictitious bird strikes for your investment portfolios. There’s the pretty credible notion that we’ve gone over 8 years since the markets have had a legitimate 20% market correction. In all of the fear mongering of the US stock market’s “impending doom” soon to come, one Larry Edelson—I have trouble even publicizing his name (note the SEC has filed suit against he and his partner), writes of his “K-Wave theory” that promises the world is coming to an end and that he can tell you how to profit. Edelson and his fear mongering has won him the #2 spot on my “Noisemaker List,” behind #1 place holder, Harry Dent.  Harry, back in 2000, called for Dow 30,000 (we haven’t seen 19,000 much less 30,000) and in January of this year was calling for Dow 6000.  Hmmm—well the Dow is at 18,100, which isn’t anywhere near any of those predictions. The point is: Wall Street is flawed and stacks the deck against you, which is why all investors alike must “Quiet the Noise.” Here’s how.

When at all possible—be like Capt. Sully, who denied the guidance of Air Traffic Control, and remove the emotion that’s seemingly tied with the investments during these noisy and volatile times.

The 8.6-year “Economic Confidence Model” of Martin Armstrong: He was recently profiled in The New Yorker magazine. The Model predicts panics every 8.6 years, or 3,141 days.

If the number 3,141 looks familiar to you, by the way, put a decimal point where the comma is and you’ll recognize it as “pi.”

Which you may recall from your high-school geometry is the number that determines the diameter of a circle.

If history repeats itself in cycles, you may wonder what was happening 3,141 days ago.

We were in the middle of the credit crisis and stock market crash of 2008.

I like the whole “Pi” and diameter of a circle and reference to 2008, but I’m not going to invest my clients based on what seems, cool, coincidental or, quite frankly, false. Markets don’t correct every 3,141 days. So, this too, is “noise.” After further fact checking, Armstrong just might take on the roll as the #3 noisemaker on my list.

Back to Capt. Sully—I’d like to suggest that Capt. Sully needs to get into the investment management business, given his historic action to act as cool-as-a-cucumber-under-pressure. Seriously, though, I’m in awe of the heroic and miraculous landing that Capt. Sully skillfully and prudently executed. Amazingly, no one was harmed. As the passengers aboard Flight #1549 were happy to have Sully as their Captain—you may be asking yourself; who’s the “captain” of my investment portfolio?

Find A Sully-Like Captain and Quiet the Noise

If it’s you, take caution, your Captain may be your own emotion. Who could blame you given the pervasive “noise” driven by the media at every turn. Or worse, you could be paying a “Captain” to park you in a traditional balanced “60/40” allocation of 60 percent stocks and 40 percent bonds. Unfortunately, you’d be paying too much, for most likely a landing that is all together different from Flight #1549 on the Hudson. No one will die, mind you, but it may not be pretty. Bonds, a typical safe haven, can be considered as the runway at LaGuardia—NOT the place Sully decided to land. Instead, Sully chose the Hudson River. Ponder that for a moment.

I understand that all of the current noise, the plethora of investment options from advisors, and unlimited investment allocations could leave your head spinning—be like Sully who had very little time to react to his circumstances on that fated day in 2009. He did not waiver to the noise. Instead, he relied on his training and, un-emotionally, reacted to the unfavorable circumstances. It should be noted that he chose what would turn out to be a controversial, yet lifesaving decision, that not only challenged his resolve as a veteran pilot, but as a human being. It rocked his world, professionally and personally.

The FOMC meeting this week and ‘Hil-Rump’—what I affectionately call the upcoming ‘presidential election scene’—should not rock your world or your portfolio, but it could. You may have to choose the Hudson versus the runway. That calls for a seasoned professional.

The market is facing a dilemma based on mixed information and an uncertain political landscape. On the one hand, economic data is neither weak nor strong enough to make the choice to raise interest rates easy for policymakers. On the other hand, the unpredictable nature of the presidential race contributes to market volatility. Though Fed economists have repeatedly stated their intentions to raise rates soon, no one is certain about the timing of this hike.

The Federal Reserve’s Open Market Committee will meet this week to decide whether or not to raise interest rates for the first time since December 2015. The Fed has a dual mandate: to maximize employment and keep inflation stable. Headline unemployment is below the Fed’s target of 5.0%, but inflation has remained stubbornly below the Fed’s long-run goal of 2.0%.

Fresh inflation data suggests a warmer trend. Two measures of inflation, the Consumer Price Index (CPI) and Personal Consumption Expenditures (PCE) deflator, rose in recent months, indicating that the economy is getting closer to the Fed’s target. While the increase in inflation might give pro-hike Fed economists ammunition at this week’s meeting, many analysts still don’t think the Fed will immediately raise rates.

Markets have been pushing new highs recently, and it wouldn’t surprise us to see a return to a volatile pattern in the days and weeks ahead. Uncertainty around economic growth, the November elections, Federal Reserve activity, and a future British exit from the EU could cause investors to become more cautious in the weeks ahead.

Rising rates will trigger downward prices in the bond investments you currently hold. Read more about the inverse relationship of bonds and interest rates here (http://www.investopedia.com/articles/investing/101515/effect-fed-fund-rate-hikes-your-bond-portfolio.asp).  Just as Sully was constantly aware of geese migrating and the risks posed with flying in that airspace, so should you and your advisor. However, the real question remains; Is Sully at the helm or is someone else?

So much more can be paralleled to Capt. Sully’s flawless execution that day over NYC. At this point, I can’t deny one last analogy; so much could’ve and should’ve gone wrong that cold February day, yet all turned out just fine. So, too, could the coming weeks in the markets and your portfolio:

What I’m seeing and hearing from investors is worry and fear, however. Even if all turns out fine and well—are you as equally better off had you not exercised the ill affects of fear and worry? I think not. In turn, none of those passengers thought they would be landing on the Hudson that day.

I propose that a Black Swan event, such as a double engine failure of a Boeing 757 with hundreds of lives at stake, is in our collective futures. However, we’ll never know it’s coming. No one, in fact, was prepared for 9/11, a real Black Swan that swamped markets—but barely left a dent for investors a mere few months later.

In closing, shore up your strategy for expected market events and get a Sully-like advisor on your team. Once you have the right captain, you can sit back and enjoy the in-flight entertainment. There’s nothing like placing your trust in the hands of a seasoned professional when it’s time for a water landing.

Hats off to you, Sully!