14 JunTo Brexit or not to Brexit? Much ado about nothing? 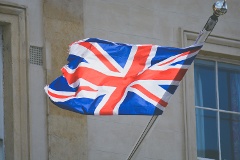 UK voters will decide on whether to remain a part of the European Union (EU) on June 23.  What’s all the worry about? Or is this much ado about nothing?

The risk could be significant.  The Bank of England’s Financial Policy Committee warned the uncertainty around the referendum was “the most significant near-term domestic risk to financial stability,” and the Monetary Policy Committee suggested that sterling could decline meaningfully if voters opt to leave.

The debate over whether to stay or go comes down to a few key issues:

With a vote to remain in the EU, we would expect a postreferendum recovery in investment, confidence and growth. Against a backdrop of full employment, we would expect a gradual pickup in domestic inflation, leading to gradual interest rate hikes starting in early 2017.

With a vote to leave, we would expect uncertainty over the government, Scotland and trade to hit GDP, while a fall in the pound could push inflation above target.

Morgan Stanley & Co.’s cross-asset strategists would expect a relief rally in UK equities and credit if the vote is to remain. Conversely, they see three classes of risk assets that may be particularly exposed to the Brexit. Currency markets would likely react quickly by marking the euro and the pound lower, which could impact the trade-weighted dollar and thereon commodities and emerging market currencies. European financials, the largest sector by market capitalization, would face regulatory uncertainty. Both stocks and subordinated debt would respond quickly, in their view. Finally, peripheral government bonds may price in more risk premium, reflecting the greater political volatility.

No Brexit:  UK stocks and bond values are expected to rise.  EWU could rally, briefly — but buyer beware, the stats on this UK ETF aren’t stellar at this time.  FXE may enjoy a boost, too — but with less risk and less return potential.

Brexit:  We’d expect the pound and the euro to trade lower; GLD would likely surge, along with the US Dollar UUP.  For investors who may be dipping their toe into emerging markets, a strong dollar will not bode well for most of your international holdings.  For now, we say stay underweight, if not void emerging and foreign markets.

Uncertainty – Much Ado About Nothing:

If its one thing investors have become accustom to over the last 12 months… or 20 years, is that any kind of political, economic or market uncertainty brings volatility and angst to the best of investment strategies. Brexit is no exception. Even as Brexit polls are shifting ever so slightly in favor of an EU exit — this sound byte is one that you need not incorporate in your retirement portfolio strategy — or any portfolio for that matter. That is unless you’re currency trading at all hours of the day or you simply fell asleep at the wheel — having a significant portion of your assets in international holdings.

Jim Cramer joked this morning on CNBC’s Squawk Box, ” the people on aisle 4 at Dollar Tree don’t care about Brexit.”  DLTR is up over 16% in 2016. Cramer’s point; focus on and own strong US companies with little to zero exposure overseas.

Trump and Clinton uncertainty? A blog for another day.  Until then, #wevegotyoumanaged!