17 MarGreen Beer and a Green-Light From Yellen; Stock Hangover Ahead? 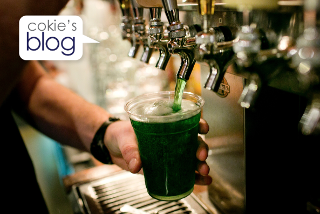 Happy Saint Patrick’s Day from Janet Yellen and the Fed with its “green-light” report on Wednesday. Following a two-day Fed Chair meeting, the Fed decided to maintain the target range for the benchmark rate at 0.25 percent to 0.5 percent. The updated projections, imply two quarter point increases this year, down from four increase projected in December. The odds of an rate increase in June have fallen to 38 percent down from 54 percent.

Stocks have rallied more than 11 percent since mid-February after selling off 15 percent at the start of the year.  And while equities for the most part are now flat, year-to-date we now ironically find that a majority of stocks in the S&P 500 are now considered “overbought.”

This from CNBC and Bespoke Investment Group: 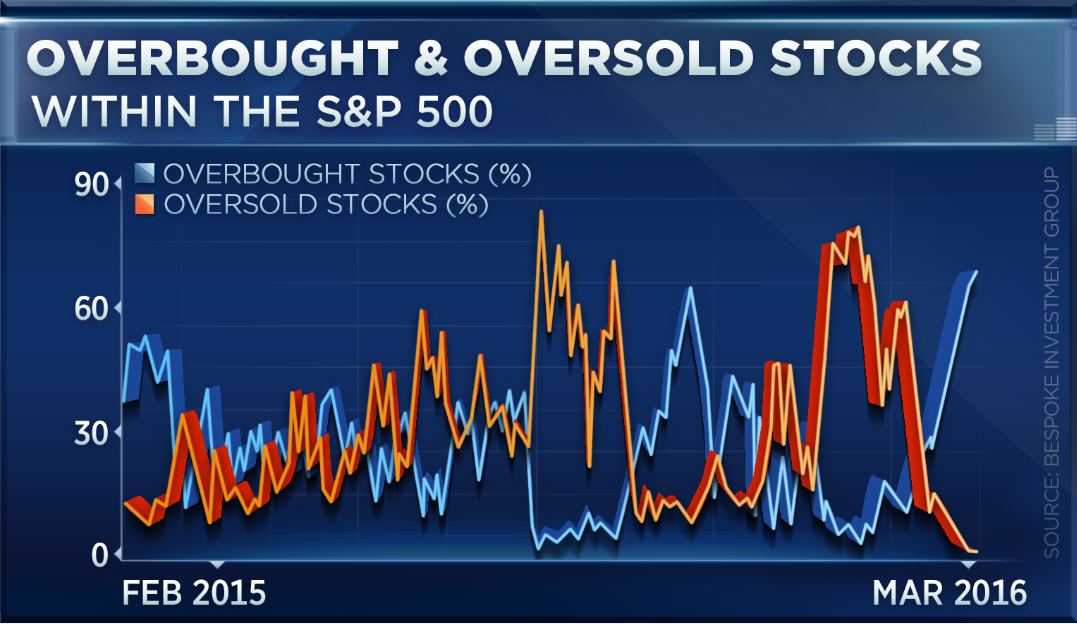 Paul Hickey of Bespoke commented further, “It’s up to 68 percent, which is the most we’ve seen since October 2013”. Only 1 percent of the S&P 500 is trading at oversold levels and that’s the fewest since May 2013. This is the type of scenario you don’t see very often.

According to Hickey, robust moves like this don’t reflect changes in the market fundamentals, but rather speak to investor fears of missing out on a sharp rally.

“If the move was being driven by a fundamental factor, you would expect to see certain sectors rally while others lagged, but in this rally everything is going up,” Hickey said.

And when everything goes up, the stakes are higher.

When so many stocks are trading at overbought levels, Hickey said the Fed’s tone will dictate with a heavier hand which direction the market will swing.

“If you go over a speed bump at 60 mph it’s going to be a lot more impactful than a bump in the road at 5 mph. So it could create more of a hiccup going into tomorrow if you see a more hawkish tone from the Fed,” Hickey said.

Alphavest’s clients have participated in this recent equity rally, but minimally — but more noteably, we did not sell off 15% in January either.  Our indicators are calling for caution, so its caution we are taking.   With Bonds and Cash owning the titles of #1 and #2 Relative Strength performers, on a pure performance measurement, visa vie all other asset classes, we must honor a set of portfolio rules that is suitable for this line up.  In July 2008, we recognized the same Bond/Cash line-up, and while I don’t think we are headed for a 2008 sell-off, I don’t get a vote.  No emotion, just rules.

Nonetheless, a Yellen green-light calls for a few green beers in honor of good ‘ole Saint Patrick, but only a few. Keep your eye on the ball otherwise a hangover may be in the offing, both at home and in the markets.  I hope the market will lay off the green beer and continue to rally today.

If not, however, get your portfolios positioned wisely; all investors should have some allocations to cash and defensive positions like gold, utilities and consumer staples, for example.

May your blessings outnumber

The shamrocks that grow,

And may trouble avoid you