This week’s losses mark the biggest losses on the S&P 500 since June of 2012, putting the S&P 500 YTD -3.1%. All indicators point to this week’s market activity being nothing more than a standard exhale versus the market correction that the media outlets and other Noise producers would like you to buy into.

NYSE Bullish Percent is at 64.39% and on DEFENSE. A Market “Correction” can be characterized as a decline of 10% or more. Some stats:

While the NYSEBP is on Defense (this reversal happened back on 8/30–long ago–at 65.70% as a result of a 6% decline from the August reading of 72%), it still indicates that 64% of stocks are on a “Point and Figure BUY Signal.” This means that 64% of stocks are performing favorably and only 36% are not. This is a “tide” we don’t swim against.

This “soulless” barometer (thank you, AH Cohen ’54) helps guide us through days like these where the focus is primarily on the indexes and not the overall playing field–in an agnostic way. In a way that honors only data, not emotion.

In short, and in the spirit of Super Bowl season, while we don’t have possession of the football (remembering that we are on DEFENSE), we ARE winning the game. It would make no sense to “buy into” the media noise and change strategies now, when what are doing is working.

So, for now, we honor our rules and stay disciplined…NOT to be confused with Buying and Holding. Rest assured, if indicators follow suit with the markets and deteriorate, your portfolio will be adjusted, but not until the data and rules say so.

Be different–don’t let this “Exhale” affect you like it will most—know that your portfolio will honor it for what it is and take every opportunity it offers us!

If we, at Alphavest manage your 401k or other investments, know that we’ve got you managed. But as always, feel free to call or email us with your questions.

Liberate and Quiet the Noise, 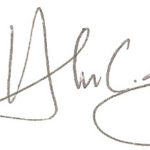