The Russian Ruble is off nearly 50% year-to date in response to the country’s strong dependence on $100/barrel oil and to Russia’s Central Bank hiking rates nearly 70% from 10.5% to 17% .

This gives us reason to pause and be thankful for a US Central Bank with strong leadership that has helped keep rising interest rates at bay.

Janet Yellen will meet Wednesday and most analysts expect rates to remain unchanged despite recent murmurings of a higher rate bias.  Much ado about the similarities to the 1998 Russian oil crisis coupled with a soon-to-tighten Greenspan bias—only now its Janet Yellen at the helm and prime rate of 3.25% versus then a prime rate of 8%.

A few other differences to point out from ’98 to the current, yet similar market: foreign debt policy and reserves.

According to Bloomberg and the International Monetary Fund (IMF):

“Instead of borrowing in dollars, the governments now mostly raise financing in local currencies, allowing them to pay back the debt without having to draw down foreign reserves. External debt amounted to 26 percent of developing nations’ gross domestic product last year, down from 40 percent in 1999, the IMF data show.
Furthermore, the foreign reserves of developing countries now dwarfs the amount they had in the late 1990s.  A higher level of reserves will help these countries weather the volatility in financial markets.  Emerging markets holds $8.1 trillion in reserves as compared to $659 billion in 1999, according to data compiled by the International Monetary Fund.”

Is all really so rosey?  I personally like $60/barrel oil and filling up my tank for under $75—what an early Christmas treat.

But seriously, I love to look to our robust indicators to help me quiet the noise and get an unemotional temperature reading of the risk on the field.

Like any Christmas shopper, I like a blue light special, but prefer to go stock shopping, with this much global turmoil, with the NYSEBP at 48% versus 36%—the tide is a bit swifter and less too good to be true, at 48% if that makes any sense.

Of further kudos to our indicators and all that guides the disciplined relative strength investor; take a look at Market Vectors Russia (RSX) chart, and observe the grave violations stemming back to July. This is why this exchange traded fund would never have been in your portfolio:

By simply obeying RULE #1 of no holdings below a score of 3, 44% of your hard earned dollars would still be yours, versus those who still own RSX. 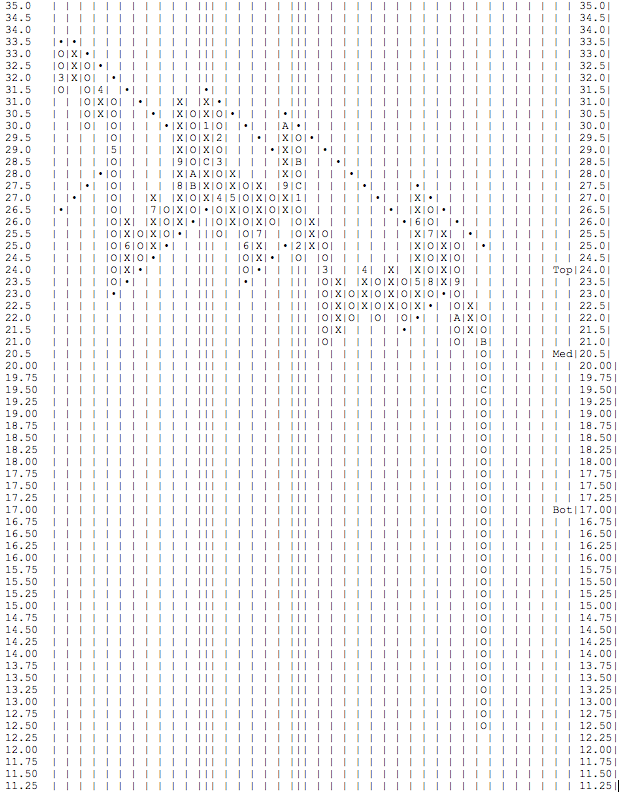 Cheers to Yellen (keeping rates low), rules and a healthy dose of perspective.  Time to do some year-end shopping….Under Armour (UA) or Celgene (CELG), anyone?