Despite strong equity markets, bond yields dropped to their lowest point in the year. The drop in yield caused by rising bond prices, combined with soft employment numbers and low wage growth, could suggest a slowing economy or a tightening labor market.

While the U.S. equity markets advanced to new highs and bond prices rose, other markets were mixed for the week. Pending home sales dropped 1.3% in April, a second straight month of decline. Oil fell to $47.66 a barrel, the dollar dropped to a seven-month low against the euro, and gold gained 0.8% closing at $1,280.20.

Additionally, soft employment numbers and flat wages could lead to a disappointing Q2 Gross Domestic Product (GDP). With an eye on dropping inflation, the Fed will have to decide whether to still raise interest rates. 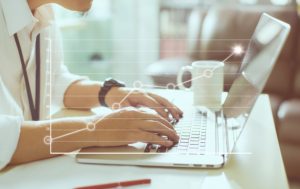 Despite the unemployment rate falling to 4.3%, the lowest it’s been in over 15 years, the employment-to-population ratio also fell. Still, the data confirms that demand for experienced and skilled workers exists, while the supply is falling.

On June 14, the Fed FOMC will meet to determine if an interest rate increase is in order. Despite the soft employment numbers and an inflation rate below the Fed’s target of 2%, traders still believe there is a nearly 88% chance that the Fed will raise rates in June. However, the market consensus currently suggests only a roughly 50/50 chance for another rate increase before the end of the year.

International News and Looking Ahead

Manufacturing in China has posted strong returns. Both the manufacturing and non-manufacturing PMIs reported gains above 50. The numbers suggest that China is on track to reach its targeted 6.5% growth for the year. This matters because China is the world’s second largest economy at $11 trillion GDP for 2017.

We will continue to follow developing international and national news as they move the markets. As always, if you have questions about how these events may affect your finances, please contact us. We are here to help you remain informed and in control of your financial future.