So a Bronco walks into this bar…

No, there’s no joke here. And no joking that I am heart divided. Having spent many years living in Colorado and yet born and raised in the Carolina’s, cheering for a team in this Sunday’s Superbowl 50 may be tough. 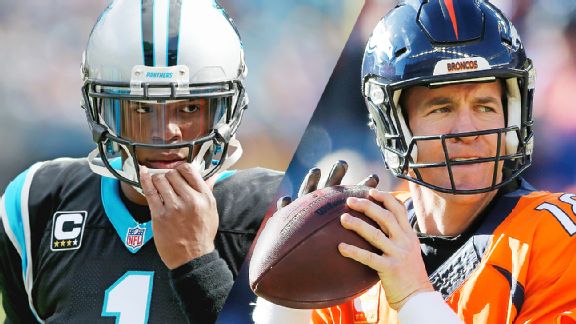 factoid: Newton was one of only a few players to win the Heisman Trophy, a national championship, and become the first overall pick in an NFL draft within a year time span.  Manning’s of course no slouch with his 5th upcoming Superbowl appearance, and potential back-to-back wins.

Whats in it for investors though– who are they cheering for? Well, I am sure you’re aware of the age old market fable about how the stock market will finish the year based upon who wins the Superbowl. NO?

The goofy, yet, statistically pretty sound myth holds that if a (“pre-merger”) NFC team beats an AFC—formerly the AFL, team, that the market will close higher for the year. I figure the Wall Street Journal can write about it, so can I.

Statistically, the WSJ revealed that the indicator is correct approximately 74% having correctly predicted the market direction 35 times out of the last 47 years (now 36 with 2015’s negative close).  “The probability of having the indicator correct 35 or more times out of 47 is only 2.09% ─ a level that statisticians would say is significant. It seems, therefore, that the Super Bowl Indicator has promise.”

Since I jabbed at Manning’s age, now I’ll show mine as I give a shout out to Hall of Famer and now venture capitalist, Joe Montana and his ’89 win over Cincinatti with a 92-yard touchdown with 3 minutes to go– this is one of those, “where were you moments” right?  Well, thanks to the 49ers the market closed up 27% in 1989 a much needed boost following 1987’s infamous Black Monday, which still holds the single largest one-day drop in the Dow in history (-23%). Imagine that October 14, 1987’s drop of 3.8% on the Dow was the largest ever– then only to be outdone a week later with Black Monday’s 23.6% sell off.

Back to pigskins.  I’m going NFC/Panthers.

I’m hearing the call of the markets with James Taylor in the background; “In my mind I’m going to Carolina.”  It’s time for Carolina to bring it home. Mr. Manning will understand– just make sure to order some Papa John’s Pizza for the game (Manning owns 21 franchises in CO).