16 OctThe Ultimate Buy and Hold Strategy: Worst Advice You Could Ever Get?

The worse advice you could ever get about the ultimate buy and hold strategy? 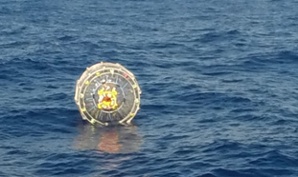 Use buy and hold as a portion of your overall strategy, but not 100% of the time.

You see, any strategy that goes all-in is pretty suspect to me.  Just like how you shouldn’t fully mortgage your house – or fully pay cash (when you could finance some of the home at or below 4%).

Some markets are appropriate for buying and holding. But to always subscribe to a buy and hold strategy is well, like a runner determined to run…everywhere.

Did you see that this week the Coast Guard had to rescue a man who was running, yes, running to Bermuda?

Well, staying 100% committed to a buy and hold strategy and not taking into account the landscape is almost as silly.  Don’t put yourself in a bubble and have to be rescued when you encounter the next 2008 (S&P buy and holders lost 38% in 3 months).

You see, the OCEAN is analogous to rocky, high risk volatile markets whereas land, AKA good running environment/landscape, is synonymous with smooth, low risk bull markets.

Regarding man in the bubble, “They first became aware of Baluchi earlier in the week when they received reports of a disorientated man in a bubble off the coast of Miami….Baluchi says he was trying to promote world peace and raise money for children in need.”

While the parallel of this story will most likely be lost on most, I find it very appropriate.

How disoriented were you in 2008 with your buy and hold strategy? HEAD SPINNING and dizzy, right?

All asset classes lost money in 2008, the storm of markets came and went in a whirlwind spanning a brief but tumultuous 6 months from September 2008 to March of 2009.

If you weren’t dizzy or tired of markets and worrying about your portfolio, it’s likely you weren’t checking your statements (as most advisors instructed their clients to do) or you were in cash.  But most likely you were like the man running in the bubble to Bermuda – tired, scared and confused.

Like Baluchi, our Bermuda bubble runner, you were also well-intentioned.

Investors and advisors, for that matter, who employ a 100% buy and hold investment approach, just like Baluchi, have great intentions.  Hate to point out the saying about the road to, ahem, well, lets just say the road paved in good intentions isn’t always the best one.

If your good intentions are that of getting from point A to point B (successful retirement?), with less “Coast Guard” rescues, then a 100% buy and hold strategy needs to be abandoned.

Ultimately, I assume like most investors, you want your assets to grow, without losing a third of your assets along the way (2008).

For those that agree, there’s an alternative investment methodology, called the Liberated Investor Model™, that employs the best attributes of buying and holding….when markets call for it.

2008 wasn’t an example of when that was the case, nor is now.  Mostly in cash, bonds and commodities in 2008, the Liberated Investor Model’s worst performing portfolio lost less than 8%.

The Liberated Investor Model™ has been buying and holding, for the most part, since 2011, having seen little changes in market leadership amongst the best performing asset classes, Domestic stocks and International stocks with very little risk changes, since then, as well.

The Liberated Model, unlike buying and holding will adjust as markets’ risk increases or decreases and allocates more to better performing asset classes and less, or nothing, to asset classes not as worthy.

This is a sharp contrast to the stale pie chart of the 90’s that a majority of Big Brokerage advisors issue to clients as a “safe haven” to sit-it-and-forget-it as a solution to get from point A to point B.