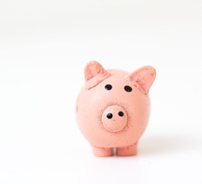 Stocks rallied again last week on better-than-expected earnings and some reassuring news about China’s economy, giving the Dow its best weekly performance since mid-March.[1] For the week, the S&P 500 gained 1.62%, the Dow added 1.82%, and the NASDAQ grew 1.80%.[2]

Earnings reports are trickling in and the news so far is not as bad as expected. Since advance estimates had prepared investors for very weak earnings reports, the weak reports we’re seeing are being treated as victories. Out of 35 S&P 500 firms reporting in so far, total earnings are down 9.0% from Q1 2015 on 0.1% higher revenues with 71.4% beating their earnings estimates.[3] As earnings season continues to unfold in the weeks ahead, we may see more of the same, which could give markets room to rally. On the other hand, investors could take the weak earnings picture as a sign that the economy is struggling to produce sustainable growth.

After months of gloom on China’s economy, a new report shows that China’s economy grew 6.7% in the first quarter. Though this is down from the fourth quarter’s 6.8% rate of growth, it’s not as bad as investors had feared. U.S. investors treated the news as a win, though China experts are skeptical about the reliability of these statistics. Since China’s ruling body has staked its political legitimacy on economic stability, officials have a lot of pressure to produce reassuring data. Overall, it’s not likely that China’s economic woes are over.[4]

The European Union gave us some headlines at the end of the week as Britain officially launched a campaign ahead of a referendum on leaving the EU on June 23rd. Current polls on a “Brexit” are evenly split with a significant number of people undecided on the issue.[5] However, if Britain were to exit the EU, it would likely have a serious knock-on effect on markets, trade agreements, and currencies.[6]

In other international news, several major oil-producing nations met over the weekend to discuss coordinating oil output to stabilize prices. If they come to an agreement, oil prices might bounce higher and offer some relief to the beleaguered energy sector; however, closing a deal between a large group of producers with widely varying national interests will be tough.[7]

The week ahead is packed with earnings reports from 101 S&P 500 companies, including heavy hitters like Caterpillar [CAT], General Electric [GE], General Motors [GM], and Yum Brands [YUM].[8] Investors will also get a look at housing market data and see how well the sector is doing during the spring real estate season.

Weekly jobless claims fall. Weekly claims for new unemployment benefits fell by 13,000 to levels last seen in 1973. Claims for the prior week were also revised lower.[10]

Consumer sentiment drops. A measure of consumer confidence fell for the fourth straight month last week, showing that volatility and recession talk are weighing on optimism.[11]

Federal Reserve survey shows economy still expanding. The Beige Book survey indicated that energy weakness and a slow manufacturing sector didn’t hold the economy back too much between late February and early April.[12]

These are the views of Platinum Advisor Marketing Strategies, LLC, and not necessarily those of the named representative, Broker dealer or Investment Advisor, and should not be construed as investment advice. Neither the named representative nor the named Broker dealer or Investment Advisor gives tax or legal advice. All information is believed to be from reliable sources; however, we make no representation as to its completeness or accuracy. Please consult your financial advisor for further information.

By clicking on these links, you will leave our server, as they are located on another server. We have not independently verified the information available through this link. The link is provided to you as a matter of interest. Please click on the links below to leave and proceed to the selected site.