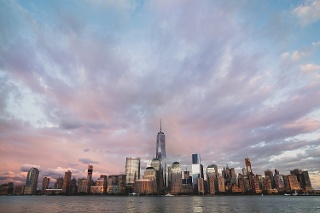 Despite a growing economy and strong labor market, Americans didn’t shop as much as retailers expected last quarter, leaving some puzzled over the disconnect. Many retail giants posted dismal earning results for the first quarter. Among the problems: same-store sale declines, falling traffic, and an inability to predict apparel trends.[2] Even industry insiders aren’t sure what’s going on, and some say that the retail doldrums are bringing back memories of the last recession. However, economists may have some answers.

Though consumers are doing much better than they did in the immediate post-recession recovery, some worry lingers, causing people to save more instead of spending. As the cost of housing and healthcare has increased, many Americans also don’t have as much discretionary money to spend.[3]
The good news is that Americans are still spending-just not the same way they did in the past. An increasing number-particularly Millennials-prefer to spend what they have on things like services, dining out, and concerts.[4] Americans are shifting to online spending, which hurts brick-and-mortar retailers that rely on foot traffic.[5] While Commerce data shows that overall retail sales grew 3.0% since last April, the category that includes online retailers and shopping apps grew 10.2%.[6]

The chart below shows the most current unofficial forecast of Q2 Gross Domestic Product (GDP) maintained by the Federal Reserve Bank of Atlanta. You can see that the forecast has been revised upward over the last two weeks as new data is released.[9]

So, does the fact that retailers had a bad quarter indicate we’re in a recession? Not really. Americans are spending money; they’re just changing where and how they spend, and the retail industry needs to adapt to those changing preferences.

Looking ahead, we have some housing and manufacturing data coming out this week as well as minutes from the last Federal Reserve Open Market Committee meeting. While analysts aren’t expecting major revelations from the meeting notes, they’re hoping for more guidance on when to expect another interest rate increase. While an April survey of economists showed that 75.0% expected a June rate hike, the May survey shows that expectations have split, with 31.4% forecasting a June increase and 31.4% targeting a September increase.[10]

Jobless claims jump to highest level since February 2015. The number of Americans filing new claims for unemployment surged unexpectedly, touching off concerns about a labor market slowdown. However, claims remained below the key 300,000 threshold, suggesting that the jump may be seasonal.[11]

Job openings near record highs. There were over 5.5 million job openings in March, indicating that employers are keen to hire. The rate of people voluntarily quitting their jobs remained stable at 2.1%, showing workers are still confident of finding new jobs.[12]

Consumer sentiment rises more than expected. A measure of consumer optimism about the economy jumped far more than expected, indicating that Americans are feeling more upbeat about their prospects despite some uncertainty around the November elections.[14]