I’ve been sharing with clients that this type of market separates the “men from the boys.” 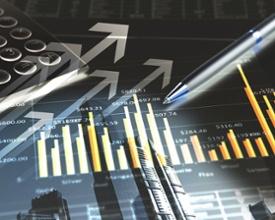 Not so “PC” I suppose, but they and I assume you get where I’m coming from.

This, by all accounts, puts Warren Buffett in the “men” category – given his investing track record and his recent proclamation of this market being an opportunity and not a tragedy.

All markets must exhale after the run we’ve had – and that’s just what this is: A big, fat, ugly exhale.

The big market “Noise” out there (and to be fair, I consider this piece of noise high-quality noise) is that the S&P 500 has dropped below its 200-day moving average.

Few will tell you though, that this happened last in November 2012 and the S&P remained below the infamous 200-day moving average mark for a mere 7 days, after which the S&P 500 returned close to 30% for the year ending 2013.

This from our “data doctors” (all facts) at Dorsey Wright:

So, what does Mr. Buffett have to say about the market breather?

In a word: OPPORTUNITY.

He bought the dip on October 2nd, so those adding to their quality equity names, say, today, will be that much the wiser.

The important difference in the market timers out there and those that adhere to a disciplined investment strategy (like the Liberated Investor Model™) is that most market timers are running for cover right now.

After all, the “holy grail” of all market timing indicators has been violated – referring again to the S&P 500 200-day moving average.

The 200-day moving average is a popular technical indicator which investors use to analyze price trends. It’s simply the S&P 500’s average closing price over the last 200 days.

The 200-day indicator does have merit.  But you can’t use the indicator as a stand alone piece of data to help you “time the market.”

When in a Bull market like we currently find ourselves in, and you look at other factors such as how “oversold” (as a function of raw data, not our “gut” feeling on the matter) equities are,  what the Relative Strength line up of the major asset classes looks like, the lay person may even take a step back and consider this to be an opportunity to buy.

You see, 2008 is still ablaze in the minds of investors, but they need to remember that the landscape was much different then.

Take the aforementioned relative strength of the major asset classes, for example.  As early as January 2008 (remembering the market didn’t correct until September), the #1 and #2 top performing asset classes were Bonds and Commodities.  NOT A GOOD sign pointing to buying dips in the market.

Conversely, today we have in the #1 and #2 spots, respectively, Domestic Equities and International Equities.  This IS a good sign for buying dips.  See my most recent newsletter for the full asset class line-up and more explanation.

CNBC’s Larry Ludlow and I both agree with Buffet and he added some more points siting an upcoming Republican Senate, and, “…not just because a new Republican Congress will quickly put a Keystone Pipeline bill and a real corporate tax cut on Obama’s desk. But also because the economic fundamentals look okay.  First, there’s no recession in sight. Actually, economic growth is picking up from 2 percent to at least 2.5 percent. The positive Treasury yield curve – the difference between long- and short-term interest rates – is a key signal here.   Second, in the TIPS (Treasury inflation-protected securities) market, the so called break-even rates are 2 percent or less. So there’s no inflation. Therefore, we’re looking at better growth, low inflation, and a Fed that’s ending quantitative easing this month.”

Men or boys?  Buffett or not?  I say don’t run for cover, run with the big dogs.