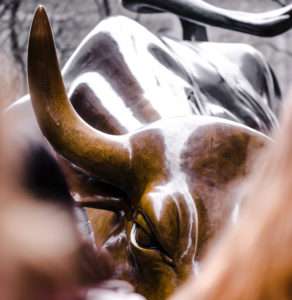 This week on Wall Street
Last week, The U.S. ad China announced a limited trade agreement. The news lifted the U. S. and foreign stocks leading to weekly gains.

Advancing 0.91% on the week, the Nasdaq Composited outperformed the S&P 500 (up 0.73%) and Dow Jones Industrial Average (up0.43%). The MSCI EAFE index, measuring the performance of developed market overseas, improved 0.42%.

Phase-One Trade Deal Reached, December Tariffs Averted
Friday, White House and Chinese officials confirmed an agreement on what has been characterized as an initial step toward a larger trade pact. As a result of this phase-one deal, new U. S. tariffs (slated to go into effect on December 15) were canceled. The 15% tariffs (imposed on $110 billion of Chinese goods in September) now fall to 7.5%.

Fed Holds Steady on Short-Term Interest Rates
The last Federal Reserve meeting of the year brought no adjustment for the federal funds rate. the vote to leave short-term rates unchanged was unanimous.

After the meeting, Fed chair Jerome Powell told the media, “as long as incoming information about the economy remains broadly consistent with [our] outlook, the current stance of monetary policy will likely remain appropriate.”

Retail Sales Disappoint
Economists, surveyed by Bloomberg, expected a retail sales gain of 0.5% for November but according to the Department of Commerce, the advance was only 0.2%. In a bright spot of analysts, who wanted to see a strong start to the holiday shopping season, sales at online retailers rose 0.8 last month.

Source: Econoday, December 13, 2019
The Econoday economic calendar lists upcoming U.S. economic data releases (including key economic indicators). Federal Reserve policy meetings and speaking engagements of Federal Reserve officials. The content is developed from sources believed to be providing accurate information. The forecasts or forward-looking statements are based on assumptions and may not materialize. The forecasts also are subject to revision.

Source: Zacks. December 13, 2019
Companies mentioned are for informational purposes only. It should not be considered a solicitation for the purchase or sale of the securities. Any investment should be consistent with your objectives, time frame and risk tolerance. The return and principal value of investments will fluctuate as market conditions change. When sold, investments maybe worth more or less than their original cost. companies may reschedule when they report earnings without notice. 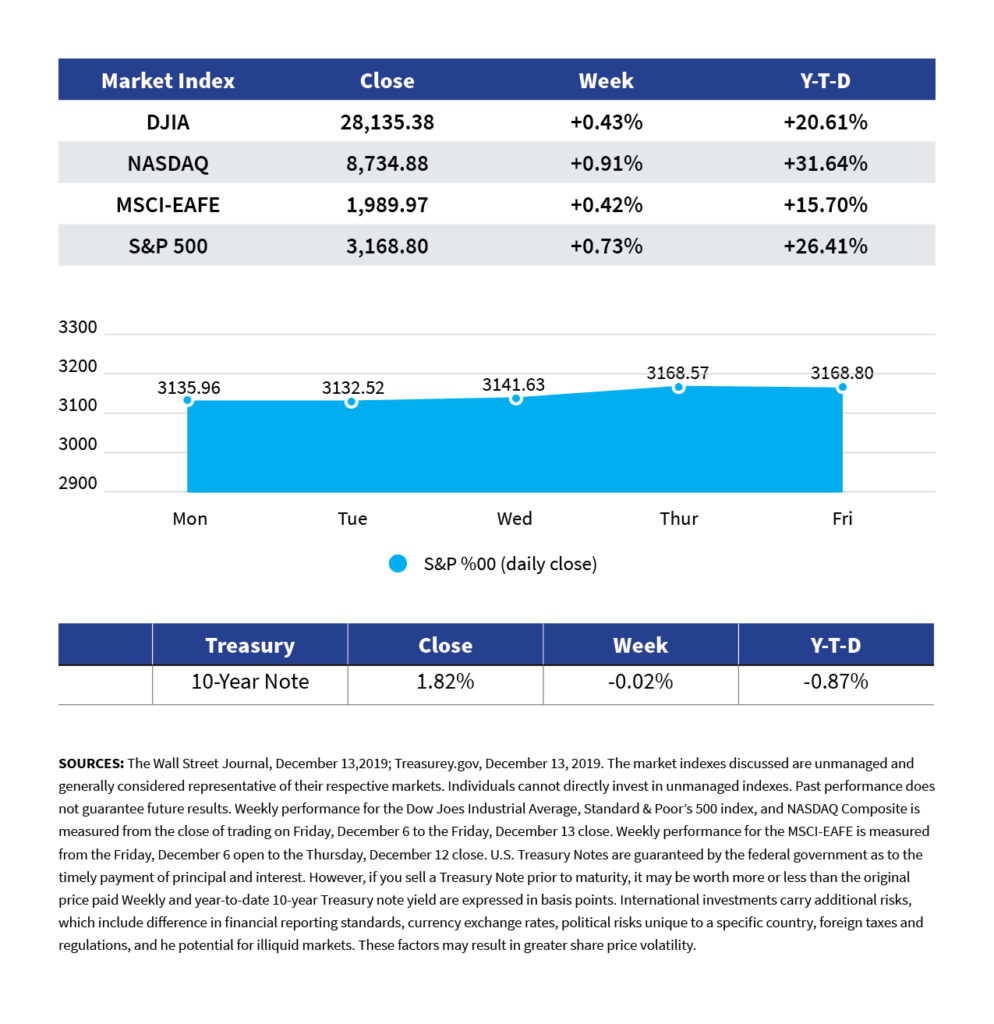