09 NovStocks End Up After Busy Week But Tumble Today

Once again, the markets ended last week in positive territory – and all 3 major domestic indexes hit new record highs. The S&P 500 added 0.26%, and the Dow was up 0.45%, with both indexes notching their 8th straight week of growth. The NA 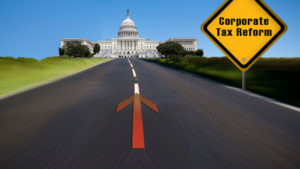 SDAQ was up for the 6th week in a row with a 0.94% gain. International stocks in the MSCI EAFE joined in the growth, posting a 0.90% increase.

Why did markets continue to perform well last week? In part, economic data, political developments, and policy decisions gave investors a variety of details to digest.  Why the tumble today?

Markets today were off as much at 1.3% (NASDAQ) but have gained back some ground here just prior to the close with the Dow off 100+ points or less than .5% and the Nasdaq down .75% (prior to close).

1. Tax Reform
The House of Representatives released a long-awaited tax-reform bill on November 2, which included a number of changes to current laws. If passed, this legislation would reduce the corporate tax rate to 20% while cutting in half the mortgage-interest deduction. The markets responded positively to the bill, in part because of the level of detail it included. Today, however markets responded differently to the GOP delay.

Key Takeaway: This tax reform could be significant, but it must pass through several steps ahead before becoming law.

2. Monetary Policy
The Federal Reserve opted to keep interest rates at their current level for now. In addition, President Trump nominated Jerome Powell to be the new Fed Chair when Janet Yellen’s term ends next February.

Key Takeaway: Many people expect one more interest rate increase this year. And if the Senate confirms Powell’s nomination, the Fed may stay with the same centrist approach to monetary policy as in recent years.

3. Jobs
After hurricanes contributed to disappointing jobs data for September, the most recent reading showed improvements in hiring. October saw the economy add 261,000 new jobs – below the predicted 313,000 – but positive growth, nonetheless. In addition, we received revised data for September, which indicated the economy gained 18,000 jobs during that month, rather than losing the previously reported 33,000.

Key Takeaway: Hurricanes continue to affect jobs data, but unemployment is now lower than it has been since 2001.

4. Business
The most recent ISM non-manufacturing data shows that many businesses in the service sector are growing. In October, these industries – which range from construction to agriculture – grew at the fastest rate since 2005.

Key Takeaway: With business activity and new orders on the rise, we may expect to see service-sector expansion continue in future months.

After last week’s wealth of data and developments, this week’s schedule is relatively quiet. We will continue to monitor incoming details and determine how they may affect our clients’ financial lives.

Getting the market jitters? Quiet the noise!  In the meantime, if you have any questions or market concerns, we are always here to talk.