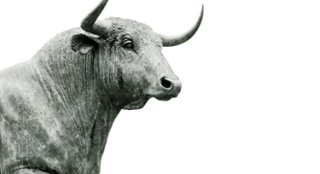 Markets closed out their best week of the year last week, buoyed by higher oil prices and positive economic data that reassured some recession worriers. For the week, the S&P increased 2.84%, the Dow grew 2.62%, and the NASDAQ added 3.85%.  And while those gains continued through Monday, markets are giving a little back today on falling oil and consumer confidence.

After tumbling for weeks, oil prices stabilized close to $30/barrel after several major oil producers-including Saudi Arabia, Russia, Qatar, and Venezuela-announced their willingness to freeze production levels to fight low prices. It’s not clear that the deal will go anywhere since other countries are refusing to participate. Since cutting production will only work if all or most oil producers commit to collective action, it’s not certain that oil prices have ended their declines as evidenced in todays 4-5% sell off in oil. The temporary pause was enough to give markets a boost, however, we remain in a very risk-off stance with most portfolios predominantly in cash and bonds.  While we did miss some of the market’s recent upswing, our indicators are signalling that its better to be on the sidelines and in a preservation mode.

A key barometer of prices in the U.S. – the Consumer Price Index – showed that core inflation rose 2.2% over the last 12 months. A modest rise is good news because it shows that there is demand pushing up prices. Demand means that the economy continues to grow, albeit at a slow pace. This modest inflation increase is small enough that it’s not likely to trigger another interest rate increase by the Federal Reserve any time soon.

The official minutes from January’s Federal Reserve Open Market Committee meeting show that officials are concerned by how global risks may affect the domestic growth picture. This isn’t news to investors, and markets didn’t react very much to the release. Overall, the FOMC intends to be cautious in moving ahead with rate increases, though they are holding to their medium-term positive outlook on the U.S. economy. We’re not likely to see a rate increase in March or April. Currently, the latest Wall Street Journal poll of economists shows June as the odds-on favorite for the next rate hike. We’re not holding our breath, and we’re not afraid of one or two more hikes this year.

The week ahead is packed with important economic data, including the second release of fourth-quarter GDP, consumer sentiment, international trade, and consumer spending. Will last week’s optimism hold? Possibly, if we get more good news. However, it’s likely that we’ll see additional volatility in the days and weeks ahead.

Stay tuned, weekly for this economic update — we feel its important to not only share our tactical aspect to the current market environment, but to also educate on the macro-economic “goings-on”– and while the two, most times don’t operate in tandem, we’ll endeavor to educate on that too!  In the meanwhile, “We’ve got you managed.”